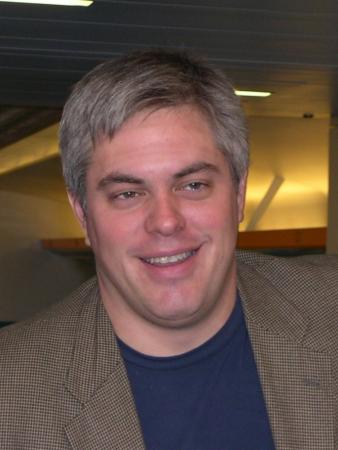 Position:
Treasurer
Departments:
Past Parent
Board of Trustees

Most recently, Earle W. Pratt III served an eight-year period as the President & CEO of New Horizons Computer Learning Centers, the world’s largest independent I.T. training company with over 300 locations in 70 countries.  Mr. Pratt is a practiced education executive with over 20 years’ experience in the for-profit education sector.  He also has deep operations and finance experience with special expertise in franchising and international operations, working on projects in over 30 countries and directly running companies in the U.K., Spain, Italy, Germany, Portugal, and Argentina.

Prior to New Horizons, Mr. Pratt served in a variety of executive roles – including Chief Operations Officer and Chief Financial Officer at Wall Street Institute (now called “Wall Street English”), one of the world’s largest English language instructional companies with operations in 28 countries.  Mr. Pratt and the executive team led a turnaround and growth of the company eventually selling the company twice over a six-year period: first to the Carlyle Group and second to Pearson.

Mr. Pratt also has significant transactional experience.  He was the Principal in charge of higher education investments at Sylvan Ventures, Sylvan Learning Systems’ venture capital arm.  While at Sylvan Ventures, Mr. Pratt led the acquisition of National Technological University, a regionally accredited university specializing in graduate degrees in engineering, and managed the process of taking that university from not-for-profit to for-profit status while retaining all accreditations and Title IV status.  Also at Sylvan, he was involved in multiple deals to acquire on-campus and online universities that now are a part of Laureate Education as well as assisting eSylvan, Sylvan Learning’s 100% online tutoring business.

Mr. Pratt began his career in management consulting working for A.T. Kearney, Inc. and PADCO, Inc.  At A.T. Kearney, he was based in Washington, D.C.; Moscow, Russia; and London, U.K and was a member of their Financial Institutions Group completing projects in the U.S., Western Europe, the Middle East and Eastern Europe.  At PADCO, Mr. Pratt completed consulting projects for the World Bank and U.S. government agencies in Moscow, Russia; Kiev, Ukraine; and Washington, D.C.

Mr. Pratt’s relationship with the Waldorf School of Baltimore started in 2002 when his daughter, Emmie, entered the Children’s Garden. His two sons, Wilson and Connor, also attended the Waldorf School of Baltimore.  Mr. Pratt is a Board Member and Chair of the Finance Committee of the Waldorf School of Baltimore. He is also the former Chairman of the Board of Trustees and a current Board Member of the Chesapeake Shakespeare Company based in Baltimore, Maryland.  Mr. Pratt is an active member of the Washington, D.C. and Barcelona, Spain Chapters of the Young Presidents’ Organization (YPO).
Mr. Pratt received an M.B.A. from the MIT Sloan School of Management and a B.A. with Honors, magna cum laude from Colgate University where he was elected Phi Beta Kappa.  Mr. Pratt is a former Member of the Board of Linguaphone & Direct English Ltd. a leading English language instructional company based in London, U.K.  Mr. Pratt is highly proficient in Spanish; proficient in Russian, and he holds both U.S. and Irish Citizenship.