How Does Waldorf Compare?

Our academically challenging program prepares students for academic success — how does it compare to other independent and public school programs, or other Waldorf schools?

High School and Beyond

WSB graduates are admitted to competitive high schools and go on to top colleges and universities.

For the latest updates from WSB

The Waldorf School of Baltimore educates and inspires children to think, feel, and act with depth, imagination, and purpose.

Developed by Rudolf Steiner in 1919, Waldorf Education is based on a profound understanding of human development that addresses the needs of the growing child. Waldorf teachers strive to transform education into an art that educates the whole child—the heart and the hands, as well as the head. As a Waldorf school, our approach to educating children is based on the pedagogical and social insights of Rudolf Steiner and the guidance offered by two national bodies - the Association of Waldorf Schools of North America and the Waldorf Early Childhood Association Network.

The vision of the Waldorf School of Baltimore is to build a foundation for life-long learning and integrity for its students. We seek to send into the world confident young people who will lead a life of purpose and direction. We are guided in our work by the pioneering insights of philosopher and educator Rudolf Steiner.

We accomplish this by:

Our school began as the New Morning School, opening its doors to 15 preschool children in 1971. Originally housed in property rented from the City of Baltimore, this little school set off on a big journey.

In 1973 the New Morning School adopted a Waldorf curriculum, based on the teaching methods of Austrian philosopher and teacher Rudolf Steiner. The school expanded to include a pioneering first grade in 1974, and in 1978 the New Morning School changed its name to reflect the Waldorf values that had been adopted. It was now the Waldorf School of Baltimore (WSB), and part of the global network of Waldorf schools - currently over 2,500 strong, the largest independent school movement worldwide.

The 1980’s and '90’s saw hard work, growing excitement, and great expansion. By 1980 we had 150 students, had been accepted as a member the Association of Waldorf Schools of North America (AWSNA), and were accredited by the Maryland State Department of Education. Our first eighth grade class graduated in 1987. In 1991 we were awarded accreditation from the Association of Independent Maryland Schools (AIMS), and 186 students were enrolled. In 1994, WSB became a member of BEST (the Baltimore Educational Scholarship Trust).

In 1994, the School launched a $4 million capital campaign. With support from the City of Baltimore, the State of Maryland, foundations, and private donors, a beautiful new elementary building was constructed. In 1997, WSB moved into its permanent home on Tamarind Road, our location to this day. In 2010, we opened a four-classroom Children’s Garden in the lower level of the Tamarind Building and ceased to use the nearby Mercantile Building that had previously housed our pre-K and Kindergarten classes. In 2017, we built an addition to house a hall suitable for Physical Education classes, performing arts, and other community events, and two classrooms: one a flexible classroom and one dedicated to student services.

As of today WSB is thriving, and its mission to educate and inspire children to think, act and feel with depth, imagination, and purpose has produced many motivated and empowered young people.

Waldorf education was developed at the end of the 19th century by Austrian teacher and philosopher Rudolf Steiner. At the heart of the Waldorf approach is the recognition that children pass through different stages of development, and that the subject matter and the way it is taught need to be age specific to the growing child.

Waldorf Education also recognizes that learning is best accomplished through engaging the whole child in the learning process. For more than 100 years, Waldorf Schools around the world have integrated the arts into every subject, using movement, music, storytelling and rhythm to bring the material to life and help students develop a lifelong sense of wonder and joy in learning.

Underlying Waldorf Education is the view that each child a unique, evolving being, with a spiritual, emotional, intellectual and physical aspect to their existence. Waldorf education is non-sectarian and works to inspire morality through the cultivation of gratitude, reverence and love for the world. While the study of the history off civilizations acquaints students with spiritual leaders of humanity, the School leaves the question of religion strictly to the family.

The first Waldorf School got its name from its sponsor, the Waldorf-Astoria Company, which hired Rudolf Steiner to open a school. In September 1919 the school opened its doors in Stuttgart, Germany, for the children of the company’s factory workers. This school was revolutionary for its time and place. It was different because Steiner insisted that it be a co-educational school open to children from all economic, racial, religious and social backgrounds. It provided a rich, rounded and highly cultural education that would enable students to become strong, balanced individuals with a sense of purpose.

Today there are more than 2,500 Waldorf schools across the globe, and is the largest independent school movement worldwide. Each school is independently operated, but all share a commitment to this educational philosophy.

If you want your children to experience a joyful and holistic approach to education, the Waldorf School of Baltimore is the place. 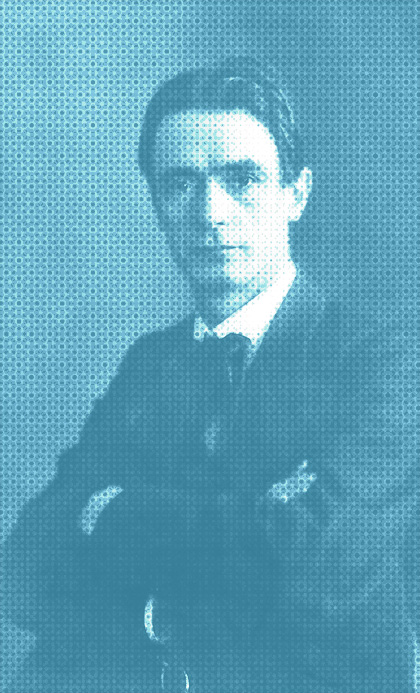