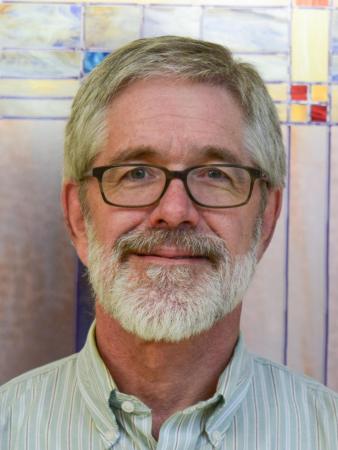 Reid and his wife, Rebecca, live in Baltimore City, which they are proud to call home.  Her long experience as an independent secondary school teacher in Baltimore fueled them to consider many schools for their son, Nathan, who ultimately entered WSB in kindergarden, progressed happily and graduated there in 2017, and is now at Friends School of Baltimore.

Reid grew up in PA, attended Haverford College where he became baked in the liberal arts tradition, and after a stint as an admissions officer at Hampden-Sydney College in Virginia, earned his MBA at William & Mary.

Interested in academic administration and, generally, in a not-for-profit environment, Reid joined the JHU Applied Physics Lab in Howard County, MD, initially in college recruiting.  That has turned into a long career with APL in various roles, doing the “backward commute” each day from his home in Baltimore.  Reid became a Human Resources generalist, working on staffing, employee relations, performance management, compensation and classification systems, organizational assessment, and management consulting and advisement.  With experience as an HR Department Services Team leader across a range of APL departments, Reid later transitioned to a central HR role of Compensation Manager, overseeing pay and classification systems for R&D technical and other professional and support staff.

A lover of history and architecture, Reid served on the vestry and executive committee of Old St. Paul’s in Baltimore, where he led a significant renovation of the 1854 downtown church according to interpretations from historical paint studies.  He thrives on the great variety of high and low culture to be found in Baltimore, and with family, seeks opportunities at every turn for travel, far and wide.